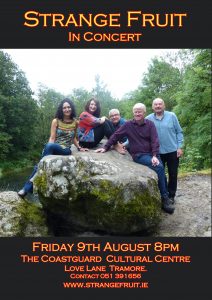 Bobbie Carey
Bobbie is originally from Rhode Island, USA. She received classical voice training at Indiana University then State University of New York and also studied voice with Guy Wade. While living in New York she was lead singer with various popular line ups and toured world wide. She formed the female trio The Righteous Sisters which toured the U.S. extensively and was lead vocalist with The Overtones. In London she was lead singer with Da Da, an original pop/funk band. Also in London she sang jazz standards with the late Alan Clare (who worked with Frank Sinatra, Liza Minelli, Judy Garland and Tony Bennett among others). Bobbie has appeared extensively and is much sought after as a session vocalist for studio recording. Her vocal style is mainly soul, blues, R&B with a touch of folk thrown in. Bobbie moved to Ireland in 2001 and has since built up a loyal following for her distinctive singing style. Performing solo or with a variety of combos, Bobbie appears regularly at weddings, festivals, clubs, bars and special events throughout Ireland and is much in demand as a session  vocalist.

Suzanne Rowe
Suzanne  is also  highly regarded throughout Ireland and further afield for her accomplished Accordian and Keyboard playing.  Suzanne  has also  played with numerous respected and successful artists such as   Louise Morrissey and Kathy Durkin over the years . In 2000 she launched her debut album Mysters Tour to great acclaim. She also has recently released a new EP “Dream On” which features a broad spectrum from traditional to world folk music.

Paul Grant
Paul is highly regarded throughout Ireland and further afield for his accomplished musicianship and is a sought after guitar player who has played with numerous respected and successful artists like Tom Paxton and Donovan. For more than twenty years Paul has also toured internationally and throughout Ireland as well as producing and playing on albums with the late Liam Clancy , the last of the great troubadours.

Richie McDonald
Mention bass player Richie McDonald’s name and immediately people associate it with all that’s good in music. Richie has been the founding member and leading light of many of the top bands to come out of the south of Ireland.
From pop/rock bands, such as Waves, soul band, Soul Reason, trad with Spoirog and others in between, Richie’s innovative and interpretative bass playing has consistently knitted the music together to produce first rate sounds.

Gerry Madden
Mandolin player Gerry Madden is one of Ireland’s quality musicians, a man much in demand whether he’s pickin’ bluegrass or Irish traditional tunes.
Gerry’s love and understanding of music can be heard in the vitality of his playing, no matter if it’s around the fire with friends on a winter’s night, or on stage at a major festival. Regularly invited to guest on recordings, his playing has enhanced many’s the tune and song.