Accordionist/multi-instrumentalist and composer Josephine Marsh is a musician with a highly distinctive and personalised style – her playing being described as loose, free, spiritual, uplifting and flowing.  Josephine has toured all over the world as a solo musician/teacher and also with her own band with one of the highlights being a musical collaboration with Niamh Parsons and Pat Marsh in 1999 for the St. Patrick’s Day celebrations on Capitol Hill. She has recorded four albums including this summer’s release, Music in the Frame which includes nine of her own compositions and tunes from the Traditional canon. 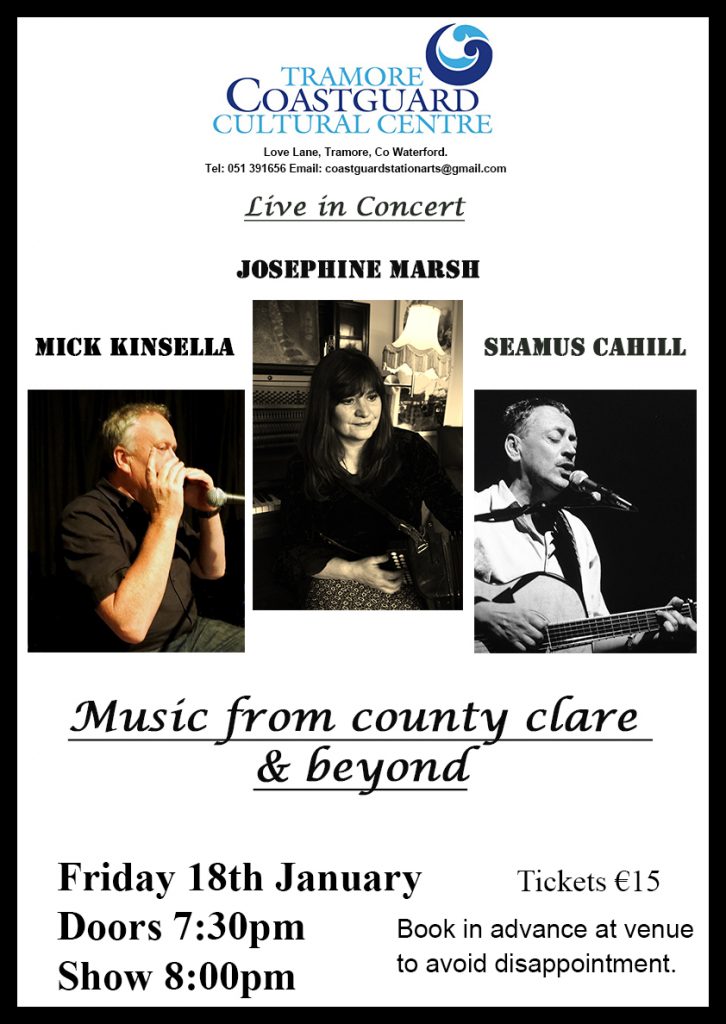 Here’s what some reviewers have said:

Josephine is a consummate and highly regarded traditional musician of great style, presence and originality while enjoying a global reputation wherever traditional music is played and appreciated.  She is also a gifted and creative musician – with many original compositions to her name over the years. PJ Curtis ( Author/ Broadcaster/ Record Producer.)

Josephine Marsh is a musician with a highly personalised and distinctive style.  She looks for the deepest feelings in the music and has a way of bringing about a mood of great happiness and uplift. Martin Hayes

Originally from Co Carlow and now living in West Clare, Mick plays harmonica and English concertina. Besides being a highly respected traditional musician his other musical genres include jazz, blues, rock and bluegrass. He is also a studio session player and an educator, having taught harmonica workshops worldwide.

Seamus Cahill is an accomplished guitar player and singer originally from Cork but now resides in Copenhagen.  Seamus has been playing Irish music since the 1970’s.  He has played and recorded with many bands such as Ashplant, The ULC band and also with visiting Irish musicians to Denmark.