Described earlier this year by the Independent as ‘the best in jazz coming out of Ireland today’ and by Rolling Stone as “sophisticated and sharp”, jazz drummer David is one of the island’s most forward-thinking and celebrated instrumentalists. 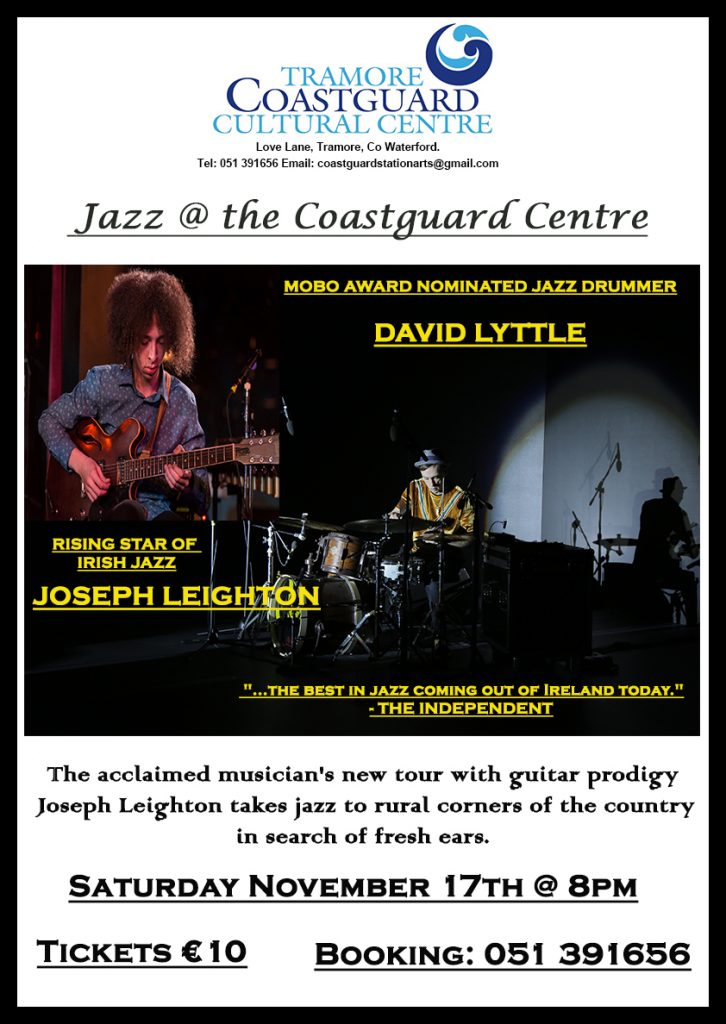 With nominations in the MOBO Awards and Urban Music Awards, he has performed in over twenty five countries and collaborated with jazz icons Joe Lovano and Kurt Rosenwinkel, and hip hop visionaries Talib Kweli and Soweto Kinch. Recently he brought his unique performance concepts to China, making three trips with his solo drums show, and last year he travelled from L.A. to New York in a Cadillac DeVille, performing for unusual audiences from cowboys to UFO tourists in a month-long Arts Council funded project in which he featured Football Special as his official tour drink.
In the first of three special tours of small towns and rural communities, David will be joined by the hugely promising Derry guitarist Joseph Leighton, who he introduced to jazz as a teenager. Joseph has since studied at the Banff Centre in Canada and Trinity Laban in London, and in 2016/2017 was one of NI arts organisation Moving On Music’s Emerging Artists, which allowed him to study with leading European jazz guitarist Jesse van Ruller in Amsterdam.