Artist Lorna Corrigan’s work weaves together imaginary elements from dreams with something as concrete as a cow standing in a nearby field or a teapot in the ‘Blue Coffee Shop’ on the street, few doors down from KCAT Studio in Callan, where the artist has her studio space.

Lorna Corrigan’s art is exhibited both nationwide and internationally, altogether numbering well over 50 shows, both solo and group exhibitions. She has also held residencies, completed commissions and her work has been featured in several publications and TV documentaries.

Her impressive career spans over decades, in a way it could be traced back right to the time when the artist was merely five years old. After been told by her parents to go out to play while waiting for Sunday lunch, she found a jar of deep red paint and applied it generously on a vacant looking grey tractor in the farmyard as well as herself.

She was later found, sound asleep, in the hay shed, where she went hiding. ‘I got no lunch, but in my mind I decided, I’m going to be an artist!
The body of work showcased here consists of pieces of her earlier work as well as new images ‘fresh out of the oven’. The diligent work the artist has put into her craft studying in the Ormonde College, Kilkenny, really shows as does the influence of her travels, in particular her visit to Australia, which has become a longstanding influence in her art.

In the artist’s own words: ‘ I love art very much, sometimes I feel I could eat it!’

The exhibition opens this Thursday 20th of September at 5:30pm at The Coastguard Cultural Cafe in Tramore and will run until the 17th October. 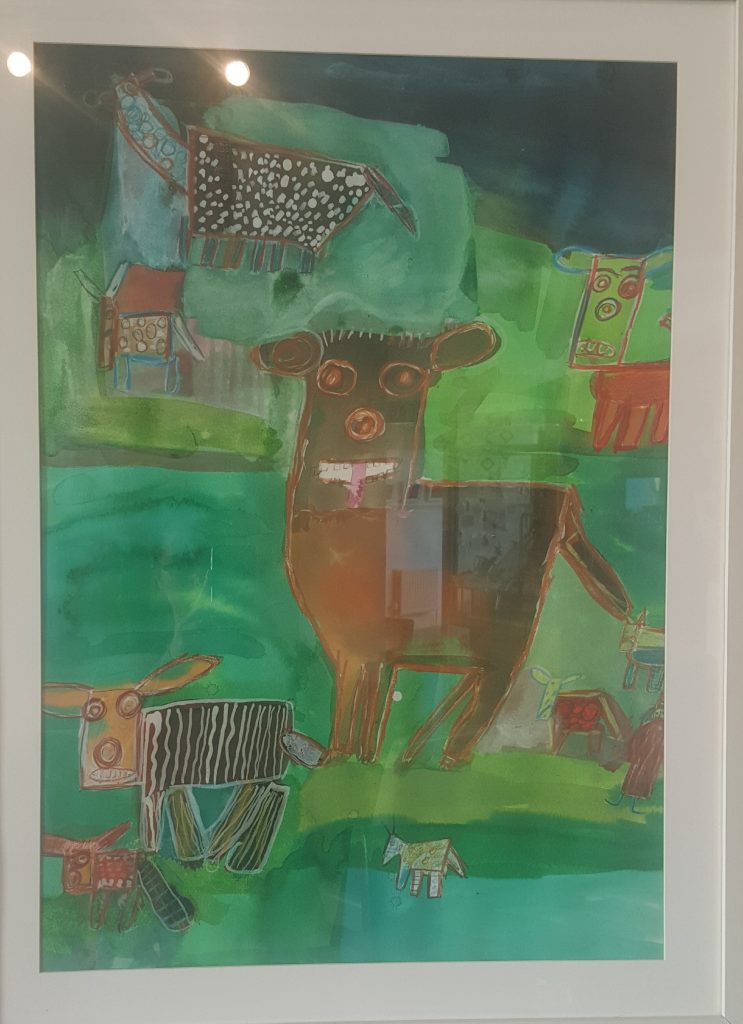 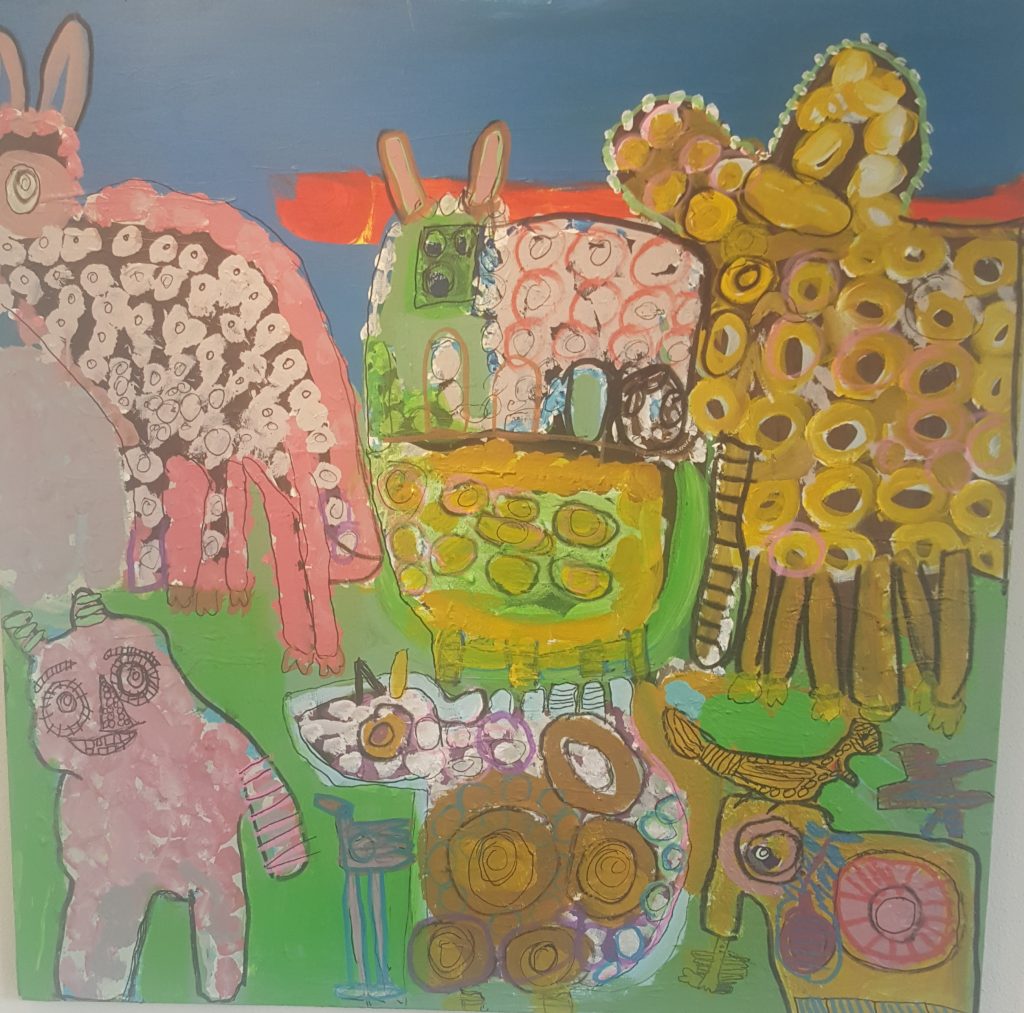